My experience with XEOMIN with before/after pictures!


4 weeks ago I received a treatment of 40 units of XEOMIN and I wanted to share with you my experience! This was my very first-time getting injections and yes, I felt a little nervous!


XEOMIN is –-just like Botox- a Neurotoxin that is clinically proven to reduce frown lines.

XEOMIN, like Botox and Dysport, is a botulinum toxin type A approved to treat the 11 lines between the brows and frown lines.

XEOMIN was approved in 2012 and is just as effective as Botox. Botox and XEOMIN work by the exact same mechanism, but the primary difference between the products is that Botox has an accompanying, inactive protein, while XEOMIN does not have additives. XEOMIN is a purified form of the neurotoxin, still blocking the signals from nerves to muscles, causing the muscles to relax. It's manufactured in such a way that it removes accessory proteins from the active ingredient.

So, you get the same results without injecting yourself with unnecessary proteins.


Frown lines form when facial expressions are made as the muscle under the skin contracts. Over time, as your skin ages, these repeated expressions cause lasting frown lines. XEOMIN blocks the release of chemicals that cause these muscle contractions, so frown lines are softened.


When do you see results?


You may begin to see visible smoothing as early as 3-4 days after injection. The median first onset of effect was less than a week. The maximum effect occurred at 30 days.

How long do results last?


The typical duration of effect can be up to 3 months but may last longer or shorter in individual patients.


The procedure did only take a couple of minutes and it did not really hurt much. I received a total of 40 units of XEOMIN into my frown line (between my eyes), my forehead, as well as my crows’ feet. I would say that it was the most uncomfortable on my crow’s feet. 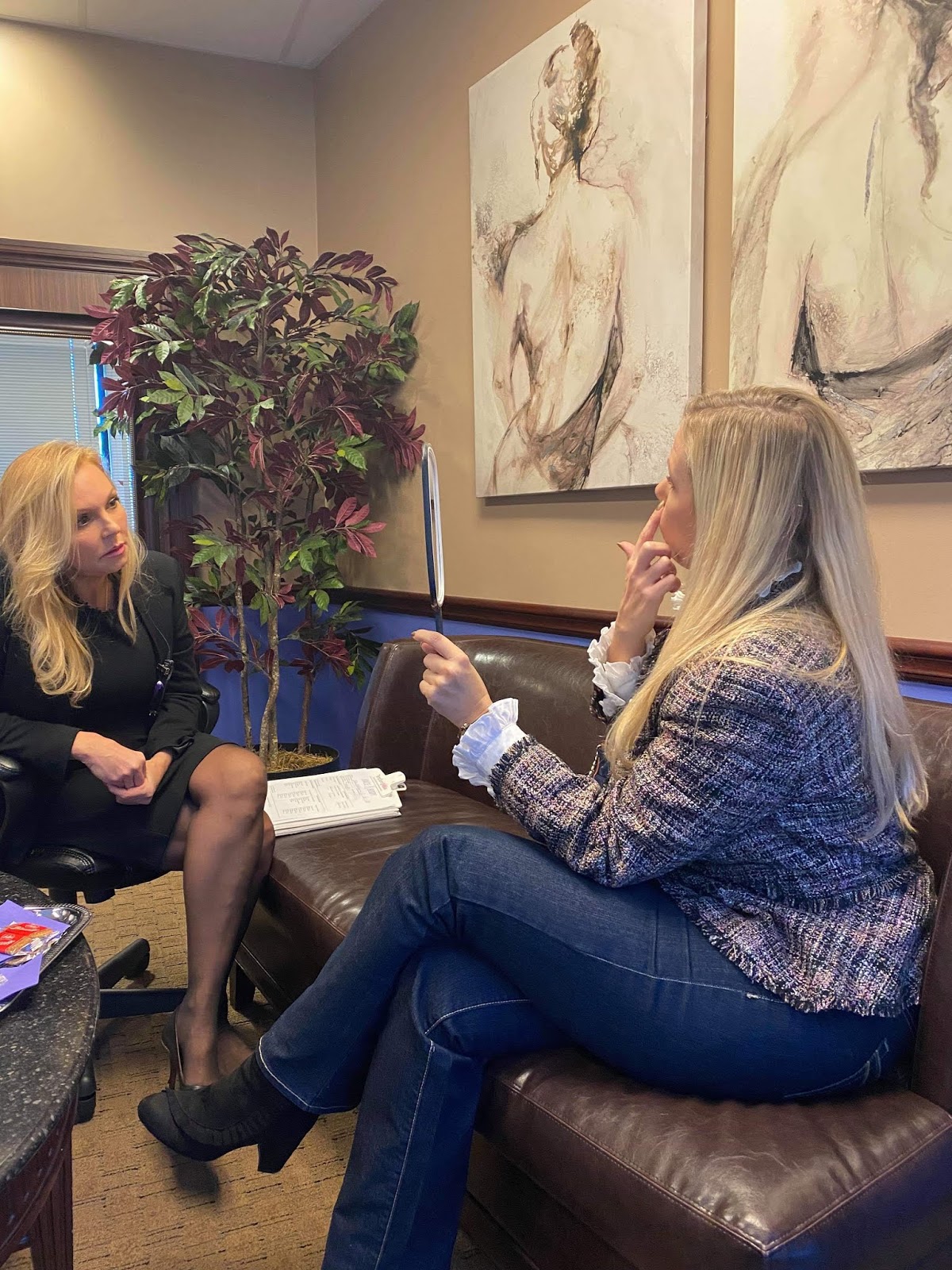 Immediately after the treatment I felt a little bump above my right eyebrow. The area was swollen and quite red. I received Arnica pills as well as an Arnica roller for the topical treatment of the swollen areas. The bump felt like a little mosquito bite- other than that I did not experience any major issues.


I cannot tell you, how often I went that day to look into the mirror to see, if something has changed on my face. SO MANY TIMES! But I was told, that it can take a couple of days to see any changes- yet it still surprised me so much to see NOTHING that first day. I was always under the impression, that you would see immediate results- but turns out that is a myth!

The next day I noticed that I was a little less able to move my forehead. The bump above my right eyebrow was still there.

3 days after my injections I noticed a light headache right on my forehead- nothing unbearable- but it was there.

4 days later I noticed even less ability in the movement of my forehead. I was almost completely unable to frown.

I´d say 6 days after my injections the results were pretty clear to me: my forehead looked smoother, the frown line between my eyes better and my crow’s feet had improved. The little bump above my right eyebrow was gone after around a week.

14 days after my injections I got a second appointment to check my results and see if I needed any corrections (if any drooping occurred for example). But everything looked fine. Thank god!


I see a great improvement on my crow’s feet.

I have to admit that I was a little disappointed, that I could still see my forehead lines and I also would prefer that my frown line would be able to GO AWAY completely. But they had definitely improved and looked smoother.

I am a person who uses a lot of facial expressions, so I think I´m somewhat a bad candidate to get a complete smooth result- however I felt like I definitely looked younger after my XEOMIN treatment.

It is now 4 weeks after my initial appointment, and I feel like my forehead is looking already almost the same as before. However: my frown line between my eyes seemed to have improved further.

Since around a year I smear some silicone on top of that gap (read here about it) and currently I find no need for it- which is such a relief! Makes me feel more confident and also saves me money (the dermaflage) and time!

Is XEOMIN worth it?


I can only speak for myself- everybody has to make that decision on their own. Results can be different for everybody and the question is also if you can afford the procedure? The 40 units of XEOMIN would have been $600 and when asked what the price would be if I would only inject my frown line- she said that would be 20 units and it would cost $300.

I have to say, if the results on my frown line lasts a couple of months, I am considering getting another 20 units in there. I am torn about my forehead lines though- since I find they look already (4 weeks later) like before again!

If you are considering getting any kind of injections or fillers, please don´t do it in a mall, but go to a physician. I was at Dr. Elizabeth Whitakers who is a double board-certified
plastic surgeon. I highly recommend her office if you are in the Atlanta area!

Have you tried XEOMIN? I would love to hear about your experience!


Update: Exactly 2.5 month later I can definitely say that I have no sign of XEOMIN left. So it looked best for about 2 month and then the result diminished until completely gone. I apply again dermaflage each and every morning on my frown line between my eyes! Back to normal, I guess.

Disclaimer: I received the XEOMIN treatment mentioned above for free. Regardless, I only recommend products or services I use personally and believe will be good for my readers. Contains Affiliate links. Read my full disclosure.
Labels: Anti-aging Home Lifestyle Spa/Beauty Salons