WHY GOOGLE+ IS SHUTTING DOWN AND WHY I LOST ALL MY COMMENTS! #GoogleSucks 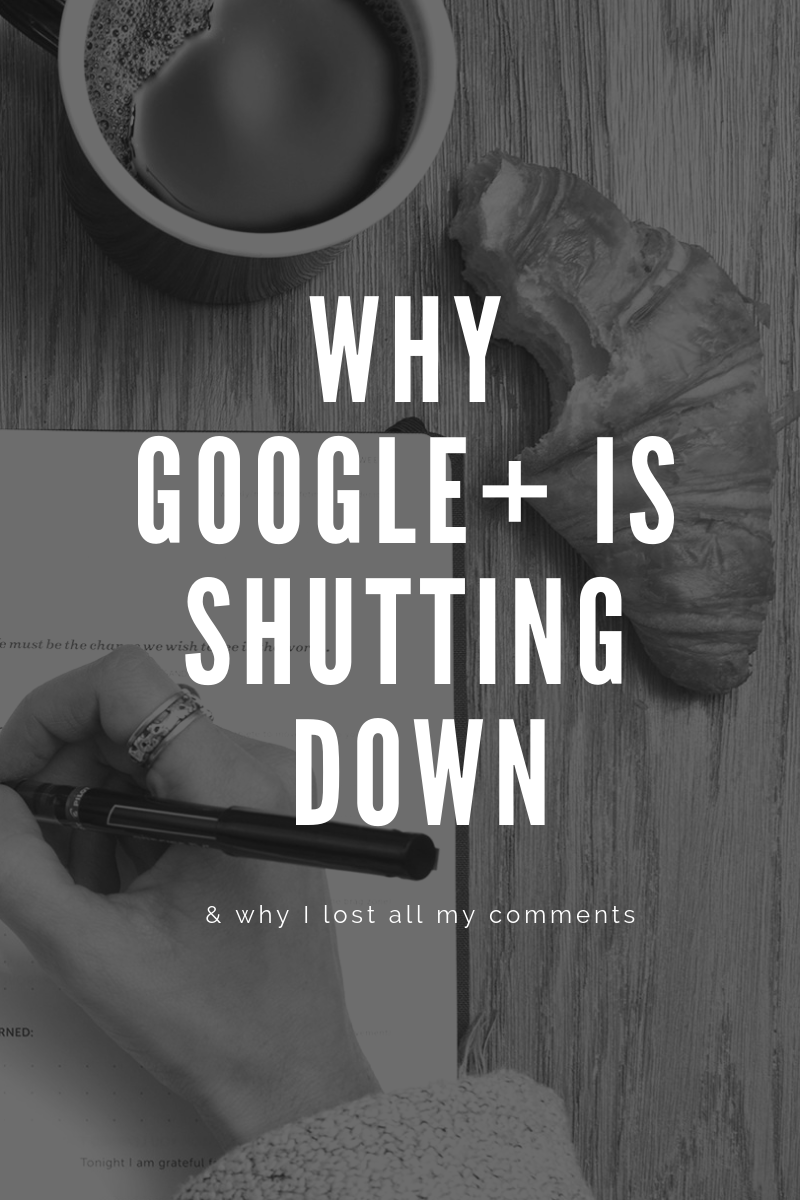 Why Google+ is shutting down and why I lost all my blog comments! Chances are that you, my dear readers, have absolutely no clue what Google+  even is. Well, it was basically an (unsuccessful) try by Google to compete with Facebook. When I started this blog in 2013 Google+  was still brand new and it showed true potential and that is why I back then chose to integrate Google+  as my sole comment platform.

It was only much later, that I discovered how awful and flawed this comment system was: starting with getting absolutely no notification for comments! That meant that over the years, I have gotten so many comments, that I never saw, because I can´t go all the time manually into all my articles to check, if I have gotten a new comment. By accident I stumbled sometimes on old comments that were a couple of month or years old and I never got to see them! Awful! That meant that I did not respond to many of your wonderful comments! And I am so sorry for that!

Why did I not do the switch to another comment platform then? Gosh, I should have! Only problem was, that I knew I will lose hundreds, if not more comments. I could never really deal with the situation, as I was so scared to lose all my comments. Well, this year Google+ took the decision in their hands.

Not only did Google+  not manage to ever compete with Facebook, but they managed to leak TWICE private data of more than 52 millions of users and they are now forced to shut down in April 2019.

And the weirdest thing is, that you are not able to export Google+  comments into any other platform (only blogger native comments can be exported). Google+  offers absolutely no support either! There is absolutely no solution to import those freaking Google+ comments!

And this means for me, that I lost -as of this day -all of my comments, because I did the switch to disqus. It is kind of a sad day! But! It is also a great new beginning, because I am looking forward to finally getting notifications (thank you disqus), so I can actually respond to your comments!

Also: I received so many spam comments on my blog that Google+  did not even allow me to delete! Disqus lets me moderate all my comments, delete, respond all those kind of things that should be normal! That means: I did not only lose your wonderful comments, but also all those spammy comments that link back to awful sites! And that is a good thing!

Can´t believe I did not switch earlier!

I managed to manually insert some of your comments via a screenshot- I took the 20 most important articles (of the now more than 1000 articles on this blog) that I have written over the years and made a screenshot of the comments and manually inserted them (for example like in this article). I could have done that with all my articles, but it would have been so crazy time consuming. Can´t believe there is absolutely no way to get those stupid google comments imported.

Anyway: wishing you all a happy and healthy 2019! Exited to finally be able to read and respond to all your lovely comments from now on! ;-)