COMPANIES THAT CAN´T TESTIFY IF INGREDIENTS WERE TESTED BY SUPPLIER

I am pushing this post since a couple of weeks, because this is probably highly controversial in the cruelty free beauty community...but I like to share today with you my own take on this. Are brands that can´t testify if the ingredients have been tested by their supplier cruelty free or not?

Unfortunately the cruelty free status of a company often times isn´t as simple as black and white. I wish that we could all just rely on one list- like the Leaping Bunny list. But their list isn´t very long and doesn´t really give enough options in my opinion. That is why so many cruelty free bloggers create their own more extensive lists of cruelty free brands. And often times you will find a brand on one of the bloggers lists, but not on the other. It can be confusing!

Often times we have to make up our own mind and simply trust or distrust - for whatever reasons- if a company is cruelty free or not. Many cruelty free bloggers ask companies a couple of questions to find out, if they are cruelty free. 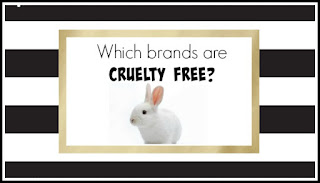 The main questions can be similar to these:

1. Are the products tested on animals by the company or a third party?

2. Are any ingredients used in the products tested on animals by the company or a third party?

3. Are the products sold in China or another country where animal testing is required by law?

And sometimes companies answer all questions satisfactory, but the second question gets a response like this: 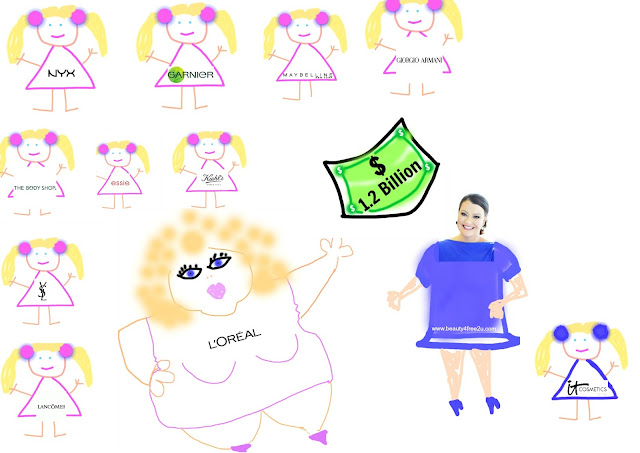 I think it is paradox to say: "I believe it is OK to trust cruelty free brands that are owned by a company that is not cruelty free", but then at the same time give companies the "grey area pass" for not knowing what their supplier is doing.

Do Nyx and Loreal have different suppliers?

My reasoning is, that I highly doubt, that Loreal will only use certain suppliers for some of their brands and not for others. Meaning: I can´t imagine that Loreal has basically 2 lists of suppliers- one list for their cruelty free brands and another for the not cruelty free brands. If they need an ingredient, they are going to order it and I don´t think they care, wether the supplier is testing the ingredients.

Let´s have an example: many of the ingredients of the Nyx Micro Brow Pencil and the Loreal Brow Stylist Definer are the exact same- like for example: Titanium Dioxide CI 77891. 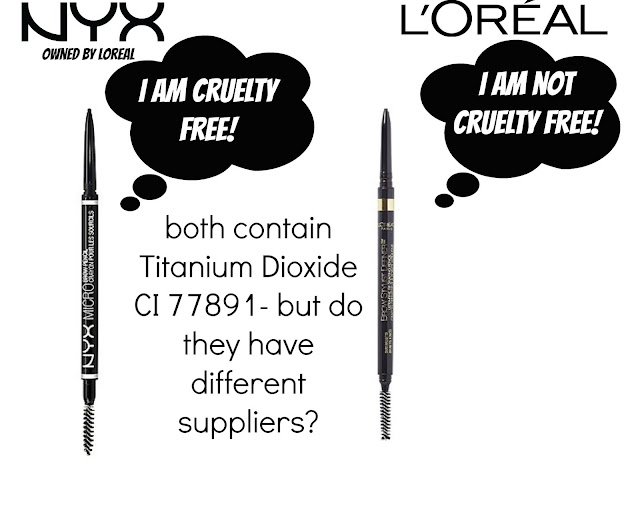 I find actually that a brand that explicitly says, that they don´t know what their supplier is doing, is much more to trust than a brand that is cruelty free but owned by a company that isn´t cruelty free.

The problem that I have is, that we literally trust Loreal that Nyx is cruelty free. We also trust Loreal if they respond that they testify that the ingredients for Nyx products have not been tested by their supplier.

So we trust a company that is notorious for killing millions of animals? But a company, such as Lorac, who doesn´t test their products, doesn´t sell in a country that requires animal testing, but can´t testify what their supplier is doing is a "grey-area" company?

Who are these suppliers really?

Question here is really: who are these suppliers? Maybe time to make a new list of suppliers and find out ourselves if they test on animals or not? Do suppliers of ingredients really care about animal testing? Animal testing for cosmetic is (unlike what many belief) NOT required in the U.S.! The Cosmetic Ingredient Review (CIR) website provides a list of thousands of safe ingredients- there really isn´t a need for animal testing and the supplier would only have more expenses, if he would use animal testing. I am questioning if a supplier in the U.S. has any interest in animal testing really. But who knows?

I am also not saying that this will be an easy "free pass" to the cruelty free lists, if a brand simply states they don´t know what their supplier is doing. It´s again a questions of trust. And who is more to trust? Loreal (a multibillion dollar company that monopoles the cosmetic area worldwide) or Lorac? ;-)

Who is more to trust?

Are companies that can´t testify if their supplier is testing on animals cruelty free or not?

Well, there is certainly a doubt, because we can´t be sure 100 % and of course it would be much safer to buy from a brand that is sure that the ingredients weren´t tested. So, if you like to be 100 % sure, it is safest to avoid these brands.

You have to make up your own mind;

Since I personally still buy from companies that are cruelty free, but are owned by a company that still tests on animals, I feel like I can also buy from companies that are cruelty free, don´t sell in countries that require animal testing,  but don´t know if their suppliers tests. At the end in both cases they can´t really testify if the supplier is testing the ingredients, as explained above.

Therefore I will add a company (that I trust to be cruelty free) to my list with a little note that they don´t know if their supplier tests on animals.

Again: your choice who to trust!