Too Faced Damn Girl! vs. Better than Sex Mascara! 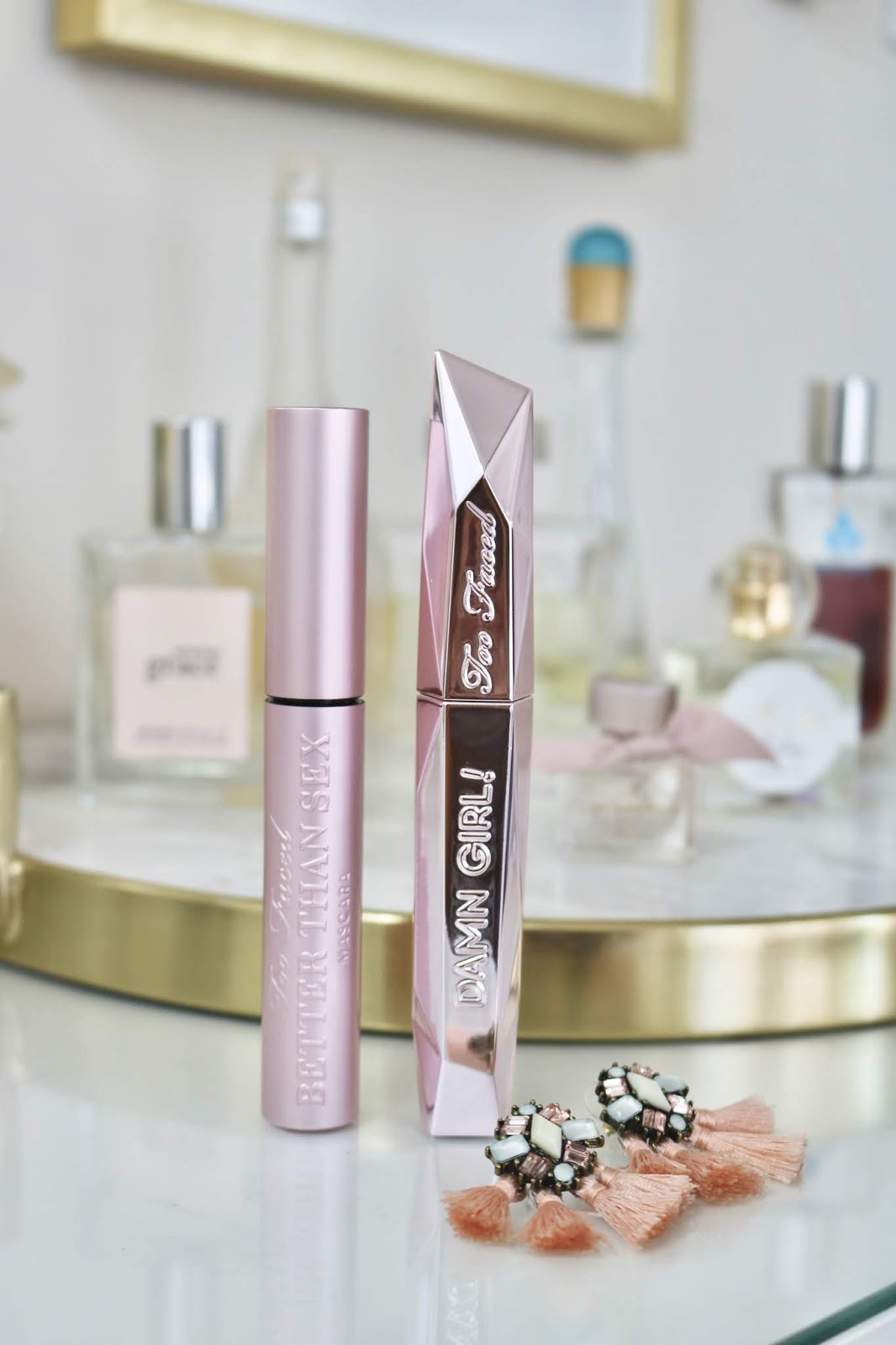 Have you heard about the new mascara by Too Faced? The Damn Girl! 24-Hour Mascara ($25)? My first thought was: will this mascara now beat their own bestselling and my all time favorite mascara: the Too Faced Better than Sex ($24)? Can a mascara be even better than that one? Better than Sex? So today, I will tell you which mascara of the two is my personal winner! ;-)

The new Damn Girl! Mascara promises to be a high-intensity mascara for maximum drama and lift with revolutionary, creamy-mousse formula for extreme volume without a heavy feel.

What Else You Need to Know: Damn Girl’s revolutionary, creamy mousse formula was developed with a special blend of whipped melting waxes that deliver an immediate, full load of extreme volume without a heavy feel. Innovative polymers keep lashes flexible while lifting, lengthening, and locking in up to 24 hours of smudge-and flake-resistant curl. 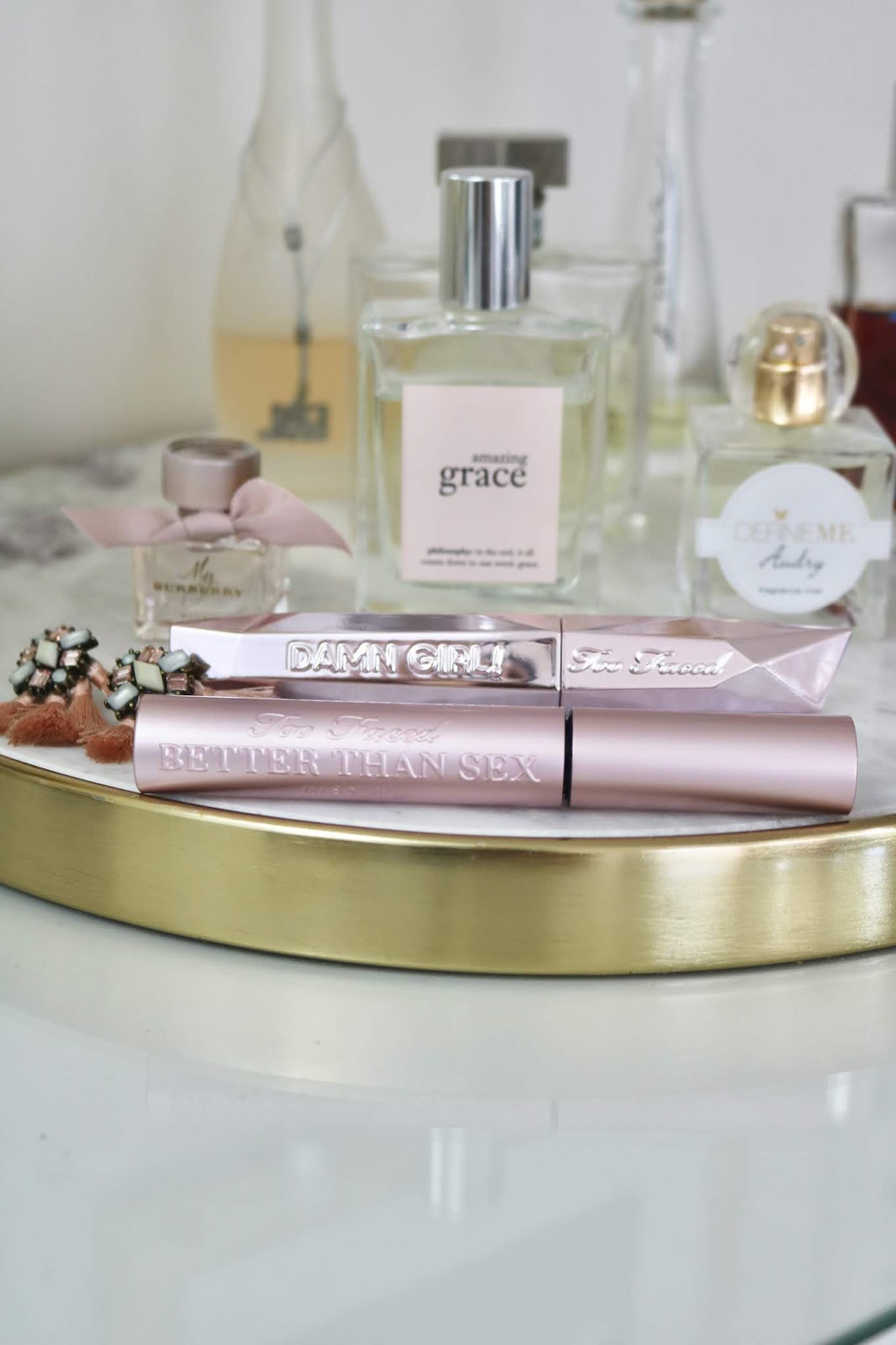 So far, so good! But how does it apply and how does it compare to the Better than Sex mascara?

The Too Faced Damn Girl! Mascara wand is a little shorter and a little thicker than the Better than Sex mascara, but also has the same hourglass shape.

The formula of the mascara feels like a "thickened" version of the Better than Sex mascara. It reminds me strongly on it- but it literally is thicker. The mascara has an immediate thickening effect on my lashes and provides therefore fast more volume to the lashes.

However: it doesn´t really separate my lashes at all. I also feel that I don´t get the same the lengthening effect that the Better than Sex provides me. The Damn Girl! Mascara concentrates so much on thicker lashes, rather than longer lashes. 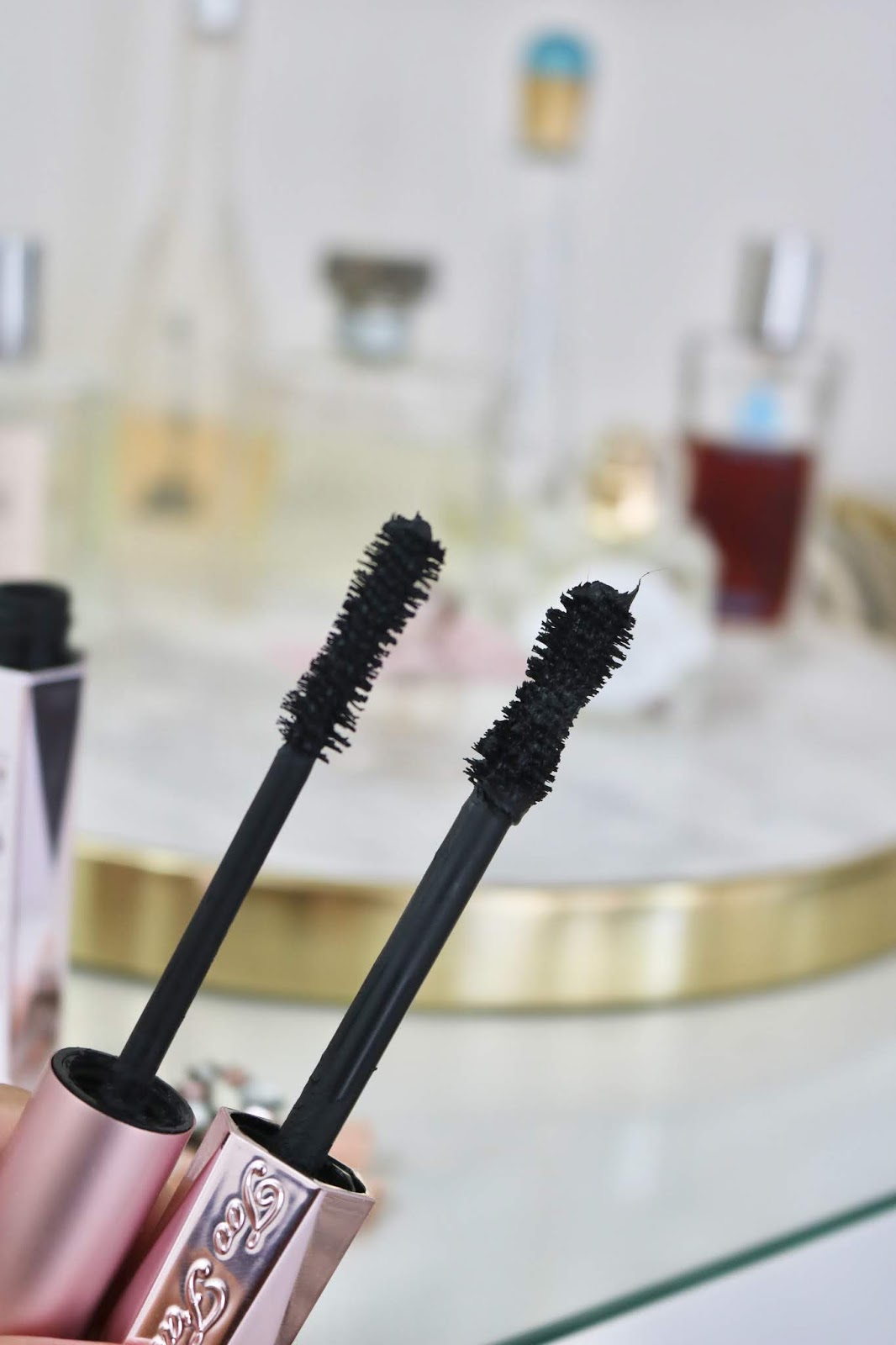 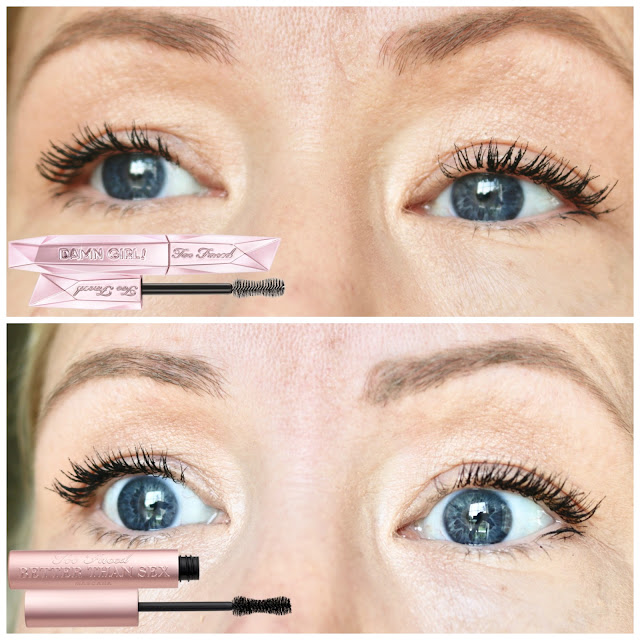 Overall I do have to admit: while I do like the volume the new Damn Girl! Mascara creates, I still rather stick to my Better than Sex Mascara, as I feel it provides me with lengths AND volume and not JUST with volume.

I do believe that it depends on your individual lash situation, which mascara is suited better for you! If you have naturally long lashes that need more thickness, then the Damn Girl! might be your choice.

So, personally I find there is still nothing better than Sex. Pun intended. ;-)

Disclaimer: I received the Too Faced Damn Girl! Mascara above for free. All opinions are mine. Contains Affiliate links. Read my full disclosure.
Labels: Home Make-up Too Faced