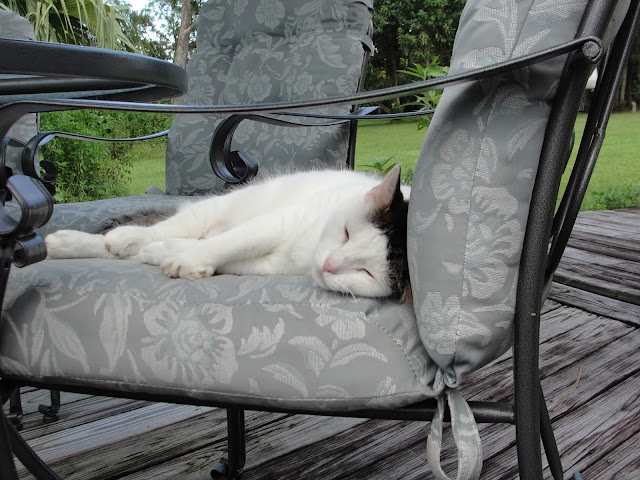 Goodbye Schmusie... I miss you so much and the worst thing is, that I don´t even know what happened to you! We adopted you 5 years ago. You were already 5 years old- we actually wanted a kitten, but when I saw you and touched you, you immediately licked my hand, I fell in love... and so we brought you home. You had already 2 previous owners and your last owner wasn´t really happy...

... because I could read in your file that he committed suicide. How awful! I don´t know, if he let you out before he did it ... or if you managed to escape...but the shelter found you as a stray and could not return you to your owner, because he was dead... 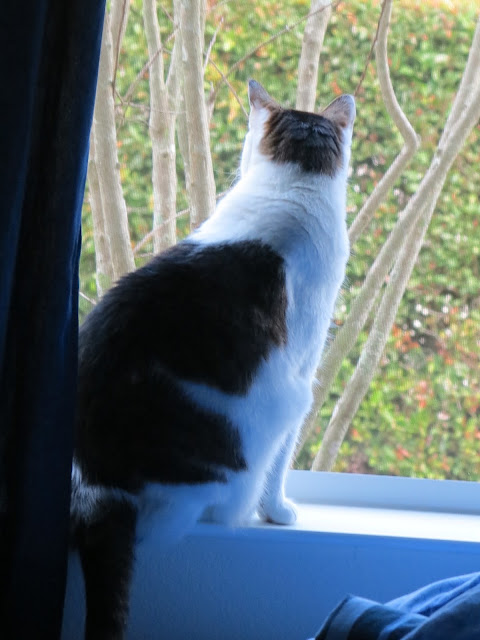 You were 9 month waiting in your shelter and sometimes they put you in a tiny cage at Petsmart...until we finally brought you to your new home. It was Christmas when we got you and I was - I admit- a little mad when you kept peeing on my Christmas rug under the Christmas tree!

Your actual name was "Schmoochi", but I "re-named" you to Schmusie! That is German for "Snuggle". You had this cute tiny beard under your chin! I have never seen this on a cat! We called it our little goat beard! You had the loudest voice, that I have ever heard from a cat! In the beginning you were very scared of us- who knows what happened to you!

You never did "cat kisses"- you know when cats kinda bump with their little heads your head? Schmusie did not know this at all, which I found very unusual. I was also not allowed to touch her belly in the beginning. 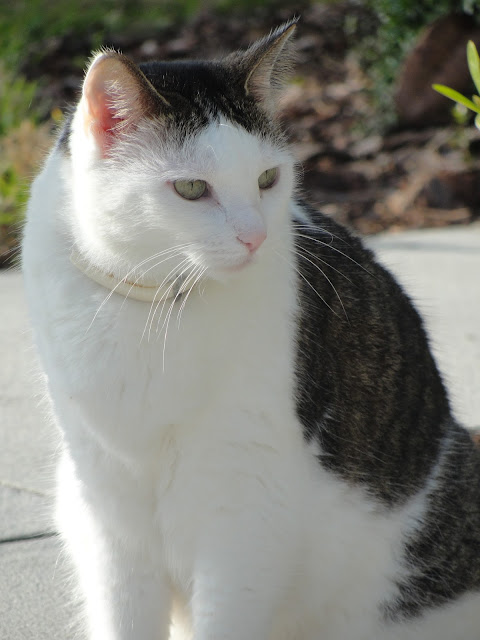 But you slowly started to trust us...over the years you were not scared anymore from us- you kept screaming with your loud funny voice, whenever you were hungry or wanted to go outside.  And an outside cat it was! 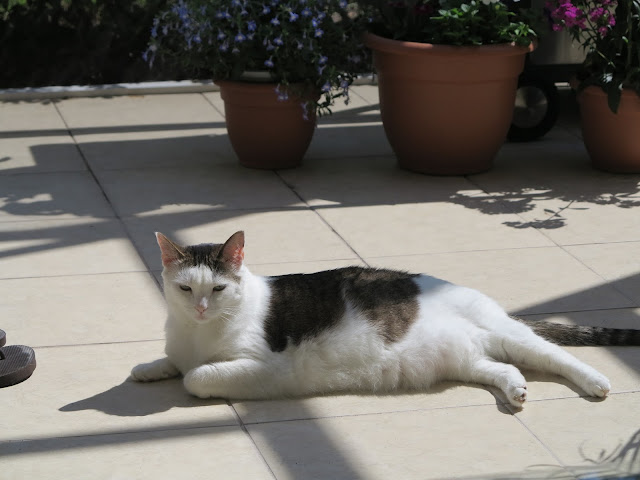 The people from the shelter did not tell me that and for one year, I tried to keep you inside. My hair fell out because you did not give me any rest my dear Schmusie (REALLY! ) Every morning at 4 AM my little Schmusie awakened from her beauty sleep- but I did not get enough rest. Until I decided one day- out of desperation and need of sleep- to let my Schmusie run a little outside- just to get her tired for the night. 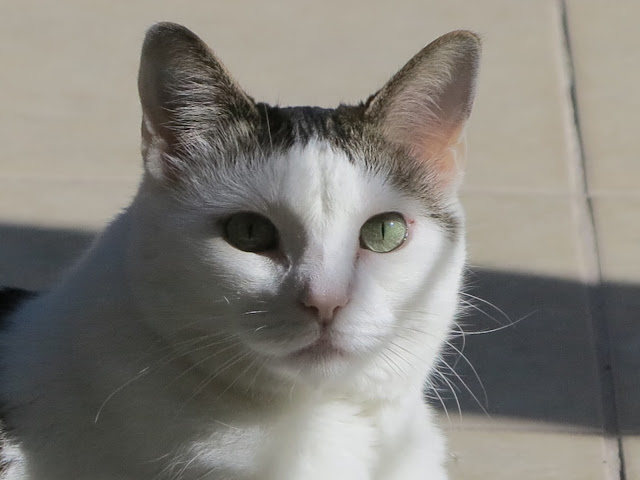 When my husband came home, he opened the door and Schmusie ran inside with him- he was confused, cause he did not know that I let her out.  He was like: "Did you know Schmusie was outside?"... He did not like that I let her out, but I tell you: that night for the first time since we got her, I got to sleep ALL NIGHT LONG! ;-) 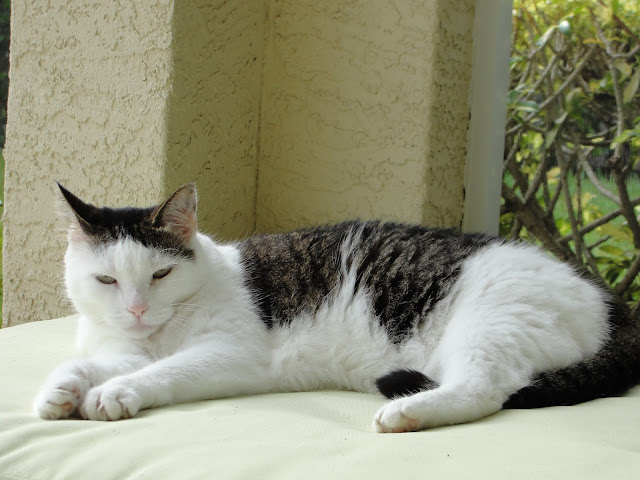 From that day on Schmusie was mostly outside- she came only inside to eat and sometimes she took a nap. She absolutely loved it outside, but she never went really far. When I was looking for her, she usually slept on a chair right in front of our porch! 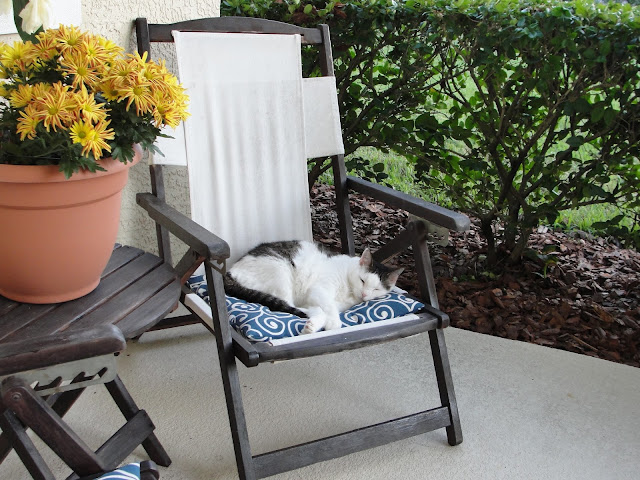 A year ago we moved to a new place and my Schmusie was at first very confused about it, but after a week she enjoyed our new giant 2 acre backyard. And she was most of the times sleeping again on our deck (and lot´s of times she was also under the deck). She never went far- she was always visible. 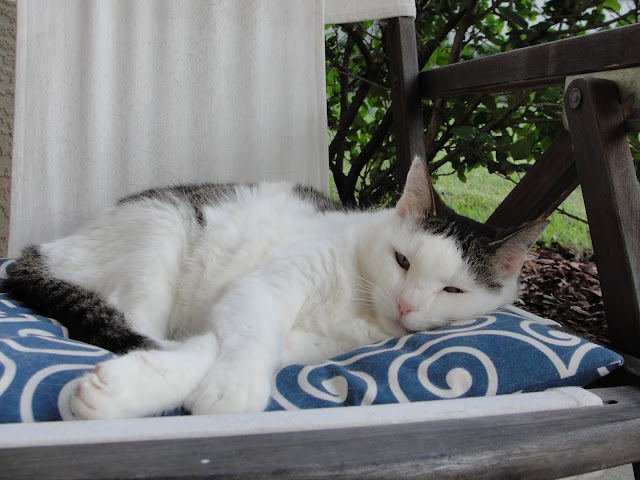 When I came driving home, she always welcomed me with the loudest MEOW! you can imagine and then she came running at me and right in front of me she would "fall down" and roll herself on the floor, so I could snuggle her. She had this little belly that would shake from right to left when she ran...it was so cute! 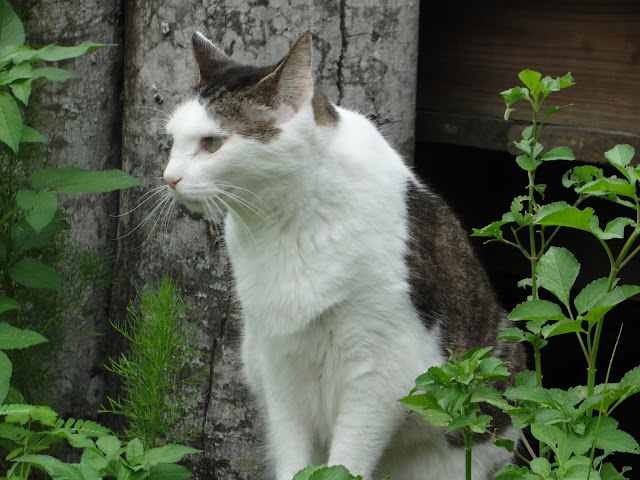 She was a hungry cat- and even though she ate a lot of stuff outside (you know lizards and stuff- I know eow lol), she always wanted her breakfast and dinner, and sometimes something in between! ;-) 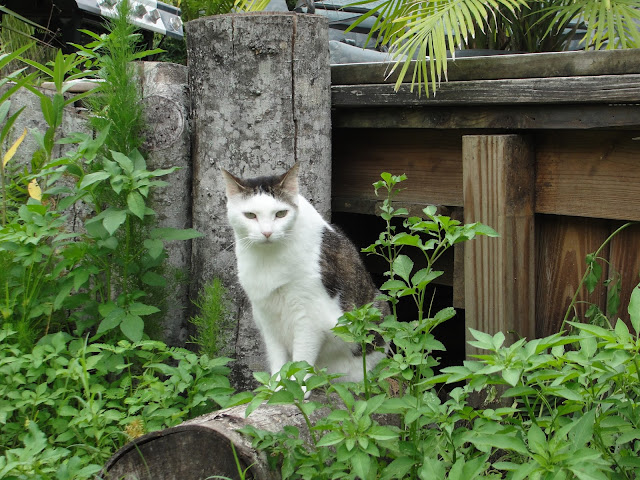 One day though, she did not come home... I was hoping she will only be late...but she never came home. We looked in the whole neighborhood, asked neighbors. Put a big "LOST CAT" sign on our mailbox, informed all shelters (she had a chip!) and I joined a local FB group that tries to find lost animals...nothing...we never found a trace of her....it is so sad! 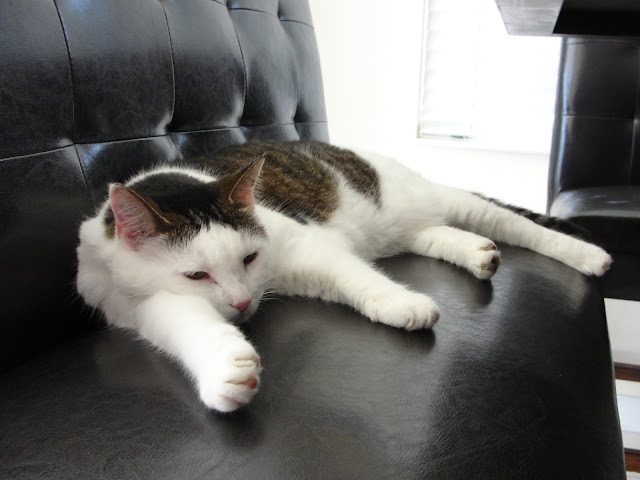 I will miss you forever! 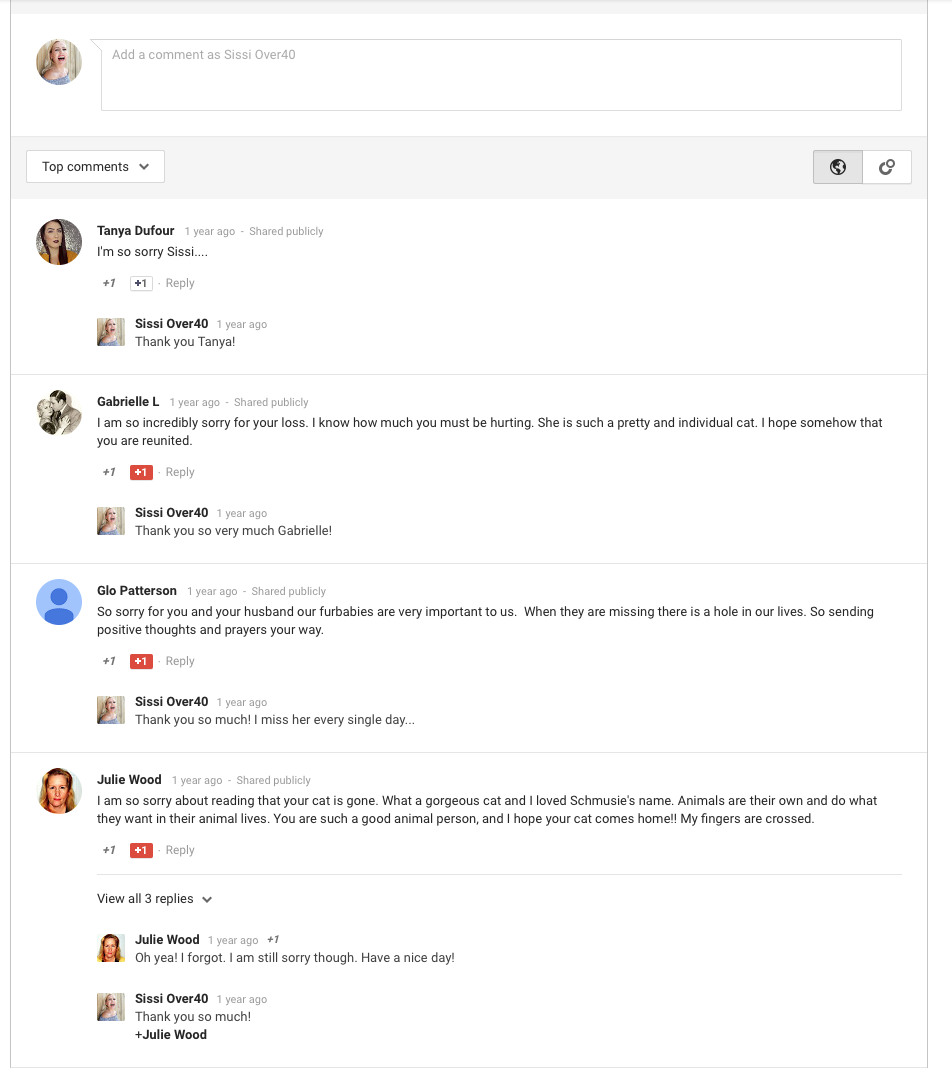