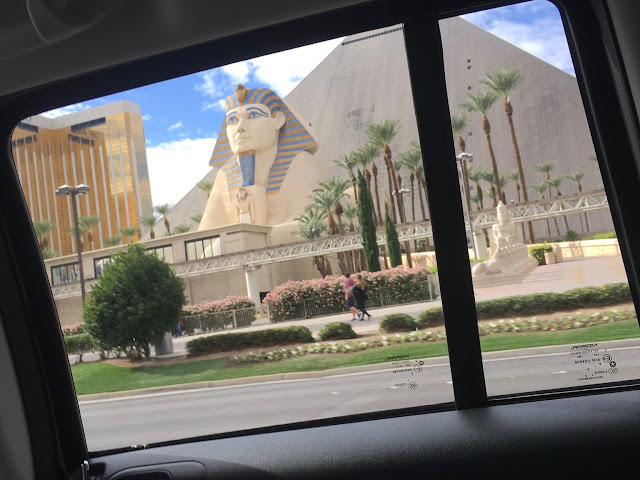 I really wanted to write a quick review about the Luxor hotel in Las Vegas, where I recently stayed for 3 days during Cosmoprof (read more about my Cosmoprof visit here). I was personally somewhat hesitant to book this hotel, because I read many reviews (on tripadvisor) that were really upsetting. I wanted to originally book the Mandalay, but the blogger rates were already sold out, and I did not want to pay $300 a night, you know! ;-)

But $70 (plus resort fee of $15- which all the hotels on the strip want)- how good can that possibly be? Nasty, dirty and horrifying?

I thought to myself: "Oh well, for that price... will it be disgusting?", but I needed to be close to the Mandalay convention center, so I booked this hotel anyway. Yes, I got an extra discount from Cosmoprof, but from what I see, this hotel is compared to others on the strip, still pretty cheap. 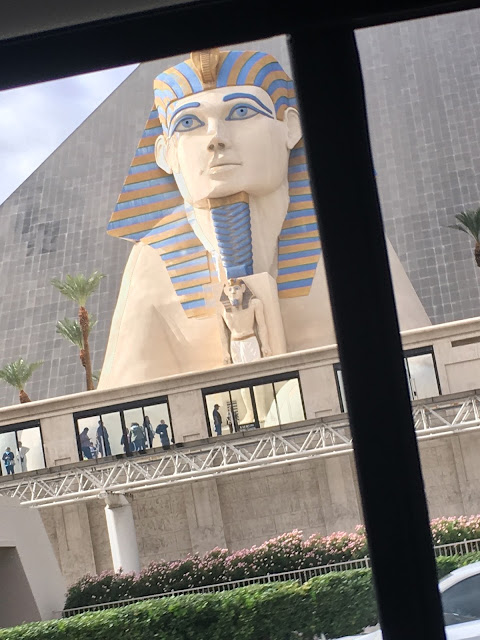 Oh- quick other little story: If I would not have googled beforehand, what a taxi ride from the Las Vegas Airport to the Luxor costs, I would have never known, that it is illegal, if the taxi driver drives you through a tunnel!!!

It is called "long-hauling"... and now guess what my taxi driver did with me? YES! We drove through the fuXXing tunnel!!! We did not even reach the Luxor and the meter already was above $26 and I knew from my research that it costs only $15!

Thank you "person on tripadvisor", without you, I would have paid more than $26 for this short drive! 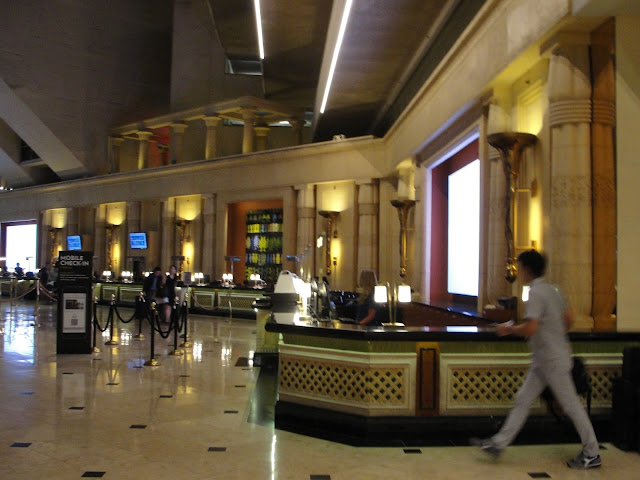 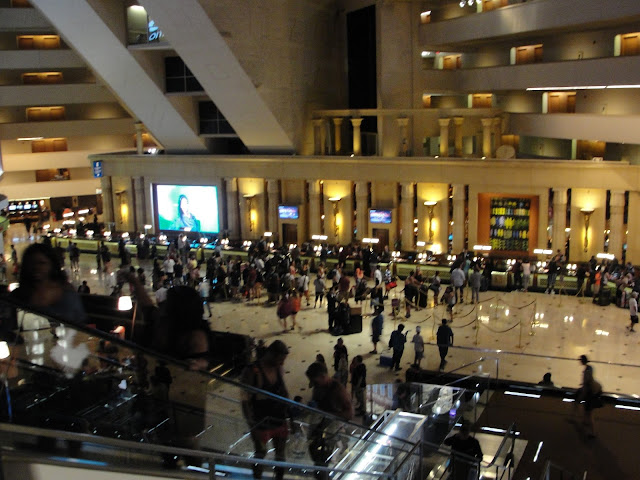 Anyway: I´m arriving at the hotel and I found everything and everyone- despite the crowds of people- was very professional and friendly. I had to bring my bag to the bell desk, got my ticket and went straight to the convention center. Everything I encountered looked clean and meticulous. 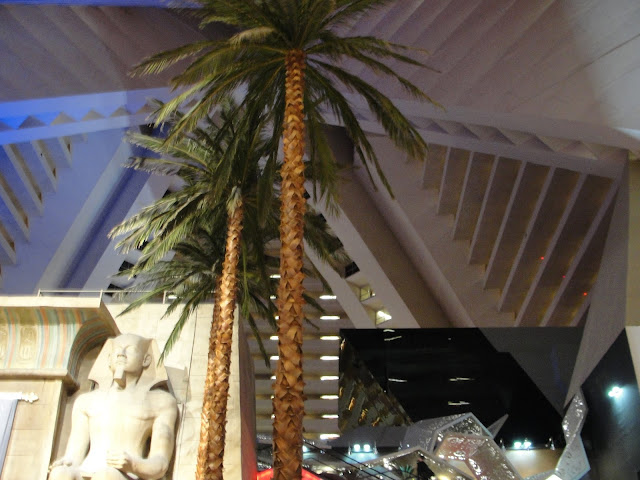 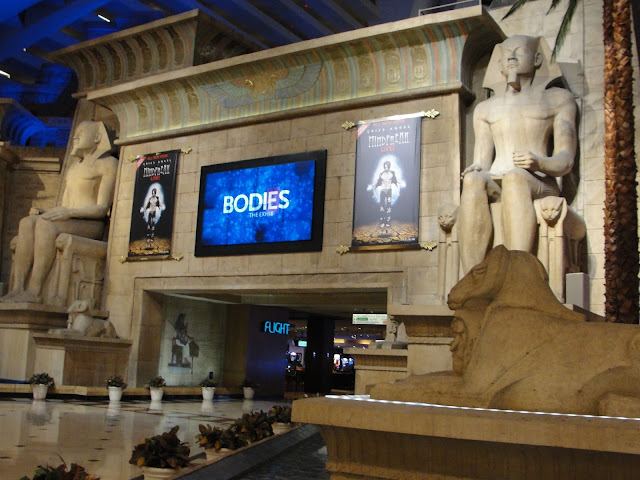 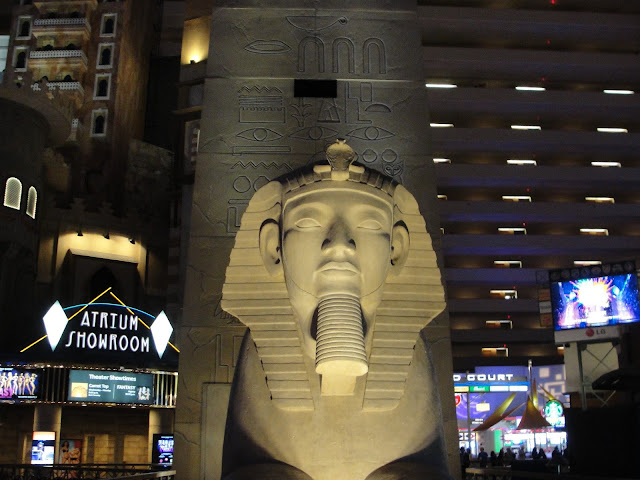 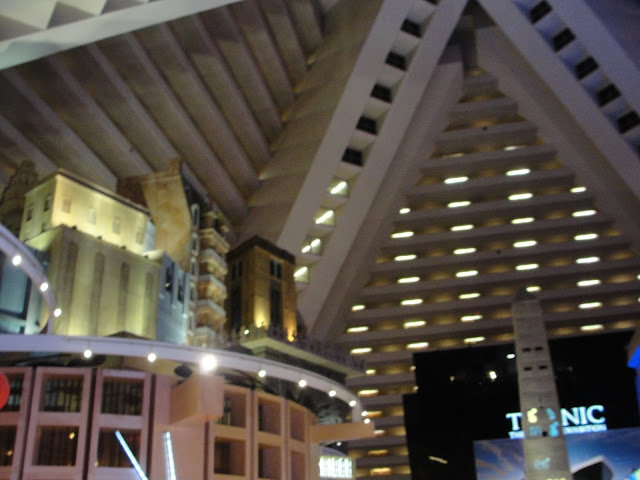 This was a tough day for me: flying at 6 AM, a 3 hour time delay, all day walking back and forth at the convention center and at night a little blogger meetup at the Venetian...


It wasn´t before 10 pm, that I got to see for the first time my room... and I was a bit scared- but hell, I was tired anyway! What could happen? So, only at night I realized, how far away my room was- I had to literally walk 10 minutes to the "tower elevator" and then up to the 7th floor. The rooms in the "tower" seem to be- from all I read on tripadvisor- newer than the ones in the actual pyramid, and therefore you also don´t get the weird room shapes that the pyramid causes. 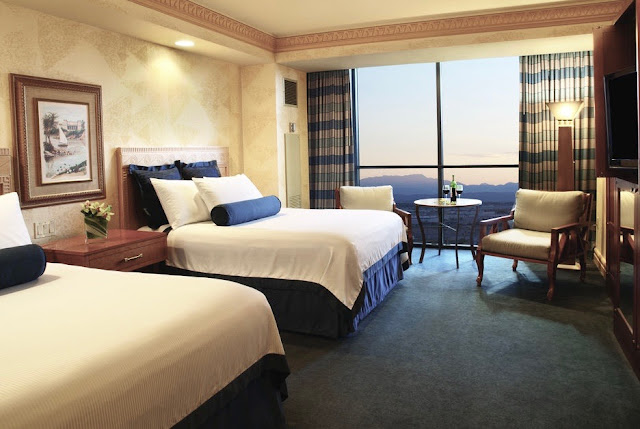 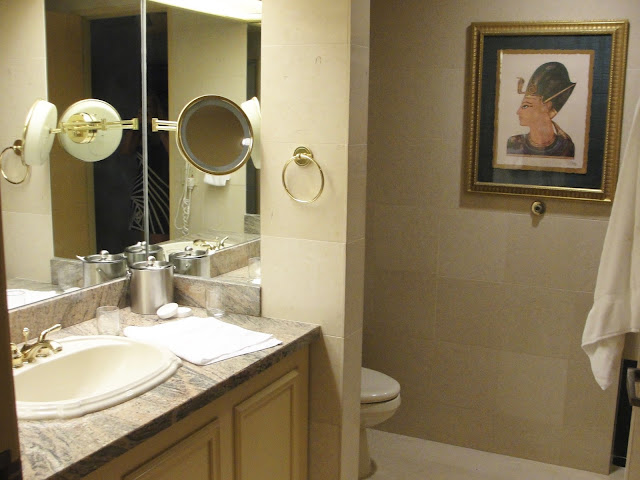 I could see that the furniture was somewhat outdated- but it was all clean and the bathroom was actually quite nice- I asked for a bathtub and I got it (though I had never time to really use it). Even my view out the window was pretty good, including mountains! Also: you would think sleeping right there on the strip would be annoying loud or that you would hear other partying guests or so- but no: surprisingly I had never once an issue! It was super quiet and clean. 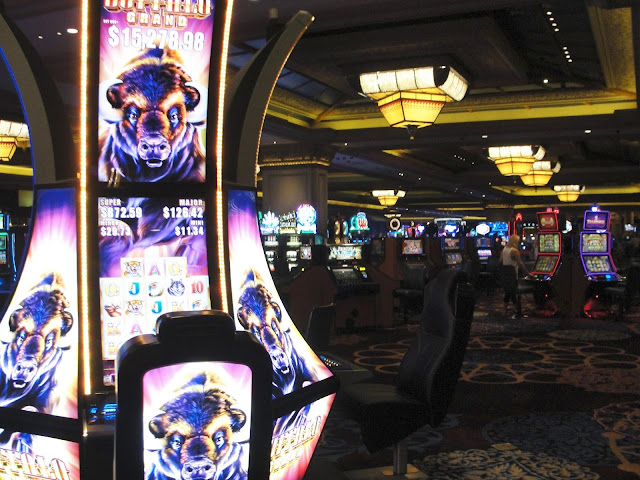 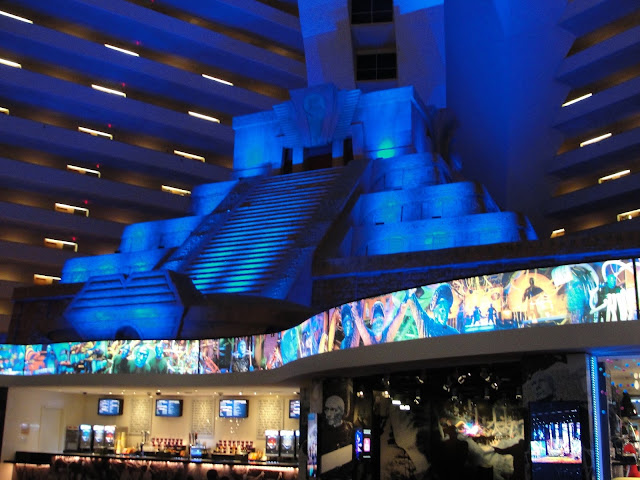 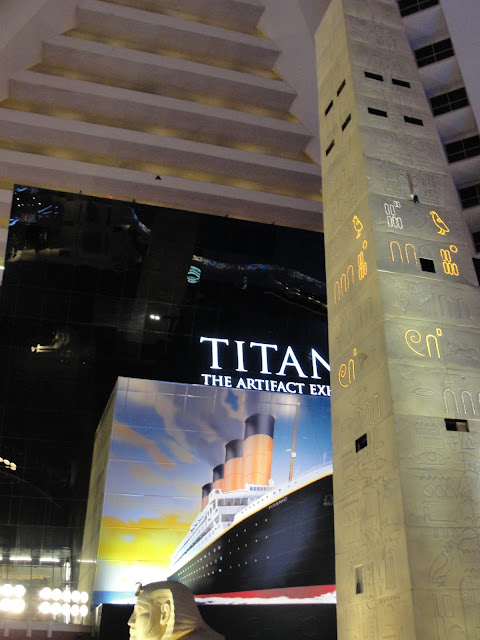 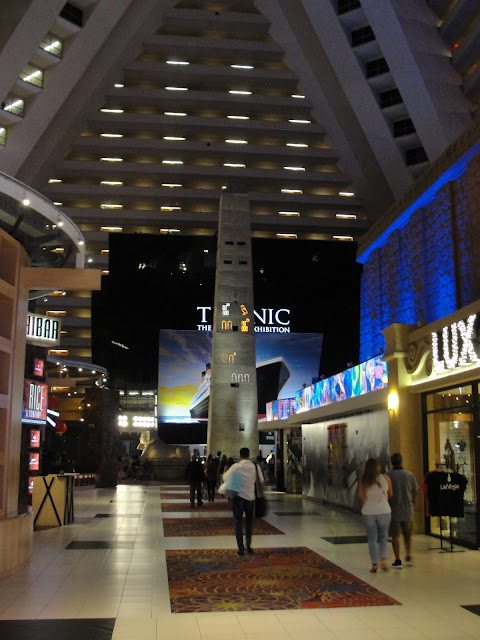 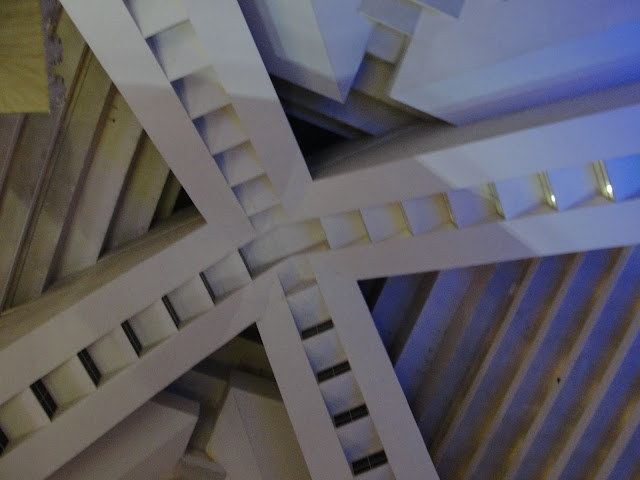 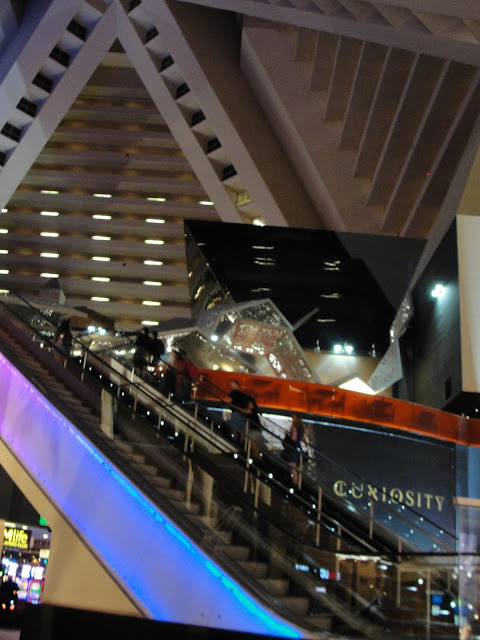 BTW: the Luxor is literally connected with the Mandalay and you can walk back and forth as you please, visit Casino´s and even shows such as Mindfreak, Titanic or Bodies (yeah those dead corpses, you know)- there is even a mall inside if you didn´t throw it all out in the casino already! ;-)Yep, you literally don´t ever have to walk out of there- everything is so huge. There is restaurants inside and shops for everything you need.

Oh to the pool area: I was never swimming there but I warn you: it gets suuuuper crowded during the day, so don´t expect a relaxing pool day lol. 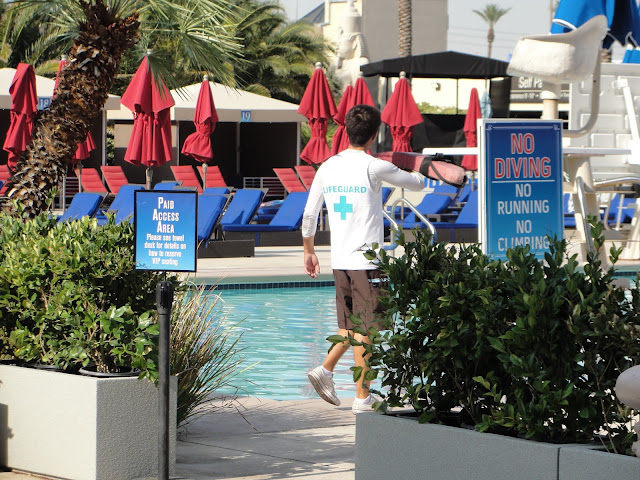 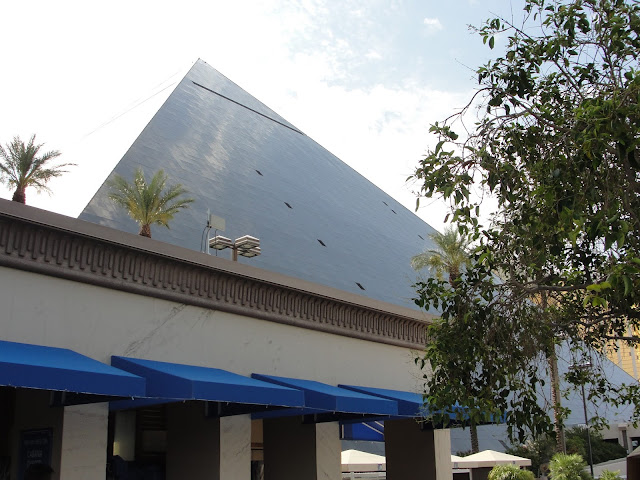 So overall, I can only say: I was very surprised that -despite the cheap prices - I can in fact recommend this hotel, if you don´t want to throw your money into the hotel business! ;-) You are probably anyway more out and about than in your room and honestly: I have slept worse in a Las Vegas hotel, that was a bit off the strip and we paid way more for it. Gosh...that hotel is still haunting me about 15 years later lol.

Ever stayed at the Luxor? How did you like it?

And may I please also thank Southwest Airlines? You can check in 2 bags, bring a carry-on and a personal item FOR FREE! This was very convenient, since I have gotten so many things on the convention, that I had to bring home (unlike Frontier who suck and charge for every bag possible- read here why I hate Frontier) 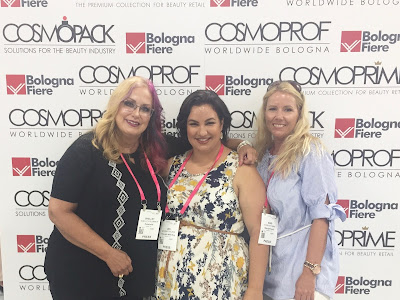 I paid for this hotel. Including a small discount from Cosmoprof, I paid on average $70 plus $15 resort fee plus taxes per night. Just FYI! ;-)