YOU SHOULD NEVER PUT TOILET PAPER ON A TOILET SEAT? IS THIS TRUE? 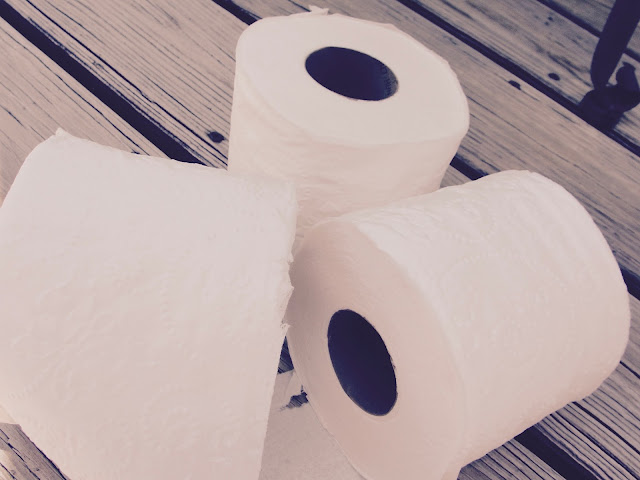 So what these articles claim is, that the toilet paper in public bathrooms is full of bacteria and that you actually are more in danger, if you use the contaminated toilet paper on your toilet seat, than if you would just sit on the toilet seat.

Here is one example of one of the articles from this page:

"Every time a toilet is flushed, bacteria sprays into the air around the toilet and lands on everything within at least six feet.

Yes, some of it lands on the toilet seat. But thanks to the curved, non-absorbent nature of it, that bacteria isn’t going to stay for very long.

The same can’t be said for the bacteria that lands on the toilet paper roll sitting, at most, 3 feet away from from the toilet. Toilet paper is particularly good at hanging onto bacteria. After all, that’s why we use it for… well, y’know."

"Toilet seats are designed to prevent bacteria from sticking around." (from this page)

"Toilet paper is designed not to resist contamination from Escherichia coli and other bacteria." (from this page)

Another example on this page:

"Most people assume that toilets are covered in bacteria, but the actual seats themselves are deliberately designed with curve and smooth surface, to prevent bacteria from sticking around. Germs can not multiply on bare skin alone, so don't expect to get sick from sitting on a dry public toilet seat."

"Toilet seats are designed in a very smart way. Their particular shape and the smooth surface are constructed in a way to prevent bacteria from spreading. This means that bacteria cannot multiply on bare skin, therefore, any contact with the toilet seat is not so bad after all.  All in all, next time you go to a public toilet, remember that the toilet paper is probably dirtier than the seat itself." 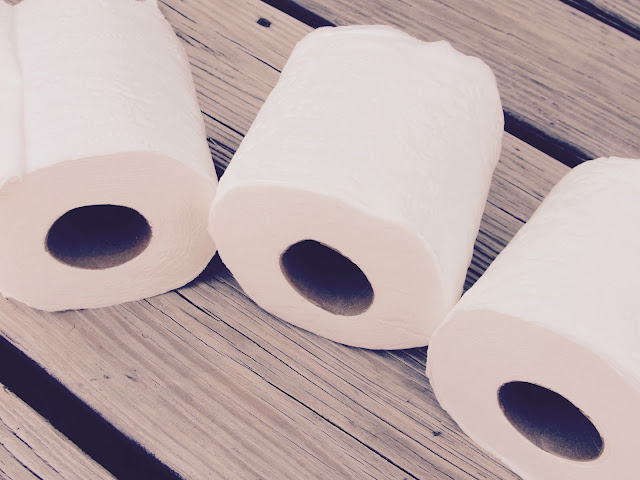 Is our toilet paper in public bathrooms more contaminated than the actual toilet seat? Most of these articles are (like here) referring to a study made by the University Laval (in Canada) from 2011. I found it immediately very suspicious, that they are referring to a pretty old study from 2011. Why are these articles going viral now- nearly 6 years after the study got published?

I actually wrote to the Université Laval and asked, if they can provide me the results of the study, but unfortunately I have never heard back from them. I can only imagine, how they probably thought: "what does this blogger want and why is she talking  about toilet paper?". LOL! But with the help of my (very close) friend Mr. Google, I found the study these articles use as reference. Here is a summary of it.

Funnily the study wasn´t about toilet paper at all! It was about paper towels! To sum it up: researchers at Laval University in Canada tested six brands of commercial paper towels. They found bacteria in all of them, but the towels made from recycled fibers were the most heavily contaminated. Although the found amounts of B. cereus probably wouldn’t harm healthy people, researchers note, it may be more dangerous for people who have weakened immune systems, like babies and the elderly, and for people who take medications that suppress their immune function. 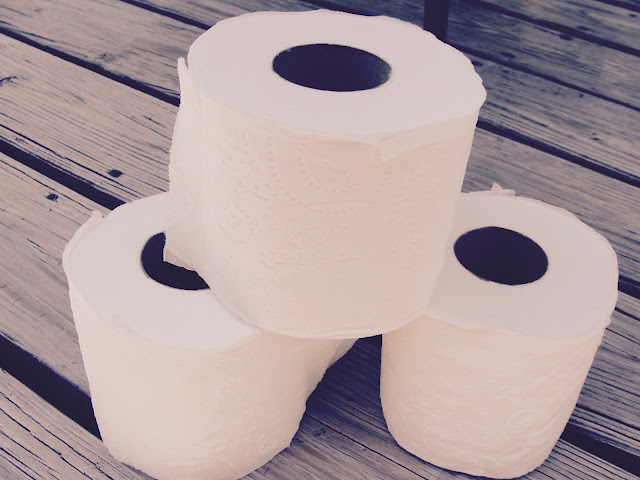 Back to the claims:

Well, that is absolutely BS. And I can back that up with an actual study in which researchers tested the contamination of toilet seats that have lids on vs those without a lid. The result was: "When a toilet is flushed without the lid closed, aerosol production may lead to surface contamination within the toilet environment."  So obviously a toilet seat isn´t "designed" to keep bacteria away. That would be actually great but seems impossible!

Problem about this claim is, that it refers to the study from 2011 from the University Laval that was not about toilet paper but about paper towels. But we can surely say that it is an absolute false claim that "toilet paper is designed not to resist contamination from Escherichia coli and other bacteria".

Think about it: toilet paper designed to keep bacteria on? That makes absolutely no sense at all. Why would toilet paper be "designed" like that? So that we all can get an awesome infection? No! While apparently toilet paper can have bacteria on it- there isn´t a real danger in using it for healthy people (as the paper towel study claims).

It´s crazy how much fake news we can read these days... allover the Internet- and this one surely is fake news.

Why do they publish false news?

So, why do they do this? There are a couple of different reasons: for one, they get through the Pinterest images clicks on their websites (which generates revenue through ads), but I have also seen little links inside the article that lead for example to an affiliate link to a buy a hand-sanitizer- which again generates revenue for the site´s owner.

So there you have it. These articles are all BS.

Please, go ahead and keep using that toilet paper on your toilet seat. I rather have you do! ;-)