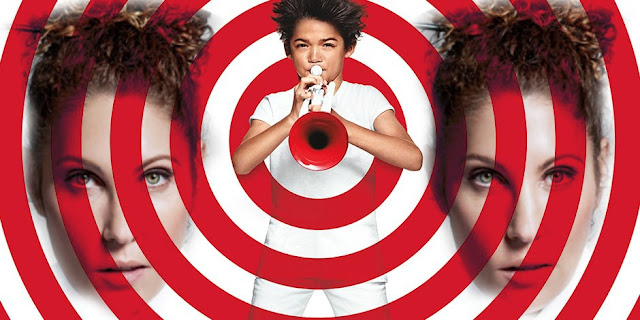 Yes, Sonia Kashuk sold her cosmetic brand to Target! I did not care very much for the news that Bobbi Brown is leaving her own cosmetics brand (she sold it in 1995 to Estee Lauder) but 2 days ago I read that Sonia Kashuk is leaving Target!

I love the Sonia Kashuk brand! The nail polishes are my absolute favorite and I am also a fan of a lot of the makeup items. Sonia Kashuk featured my nail polish swatches many times on her Instagram (which is as of right now discontinued).

She even send me last year a whole nail polish collection (here is the post) and I have a card that - I believe - she signed herself! How cool is that? 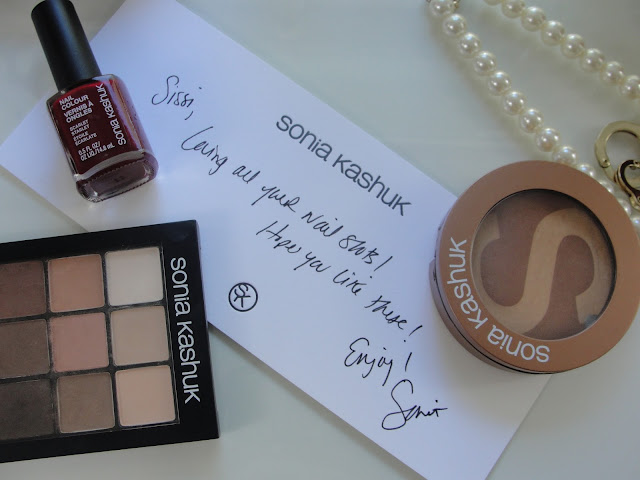 But when I heard the news, I was afraid something will change to the brand. Will the quality be the same? Will they remain cruelty free? But then I found out, that Sonia Kashuk sold her brand actually already in SEPTEMBER 2015 to Target! She only remained the creative director! As usual these deals happen so quiet that most of us don´t even know. (Did you know that Calvin Klein, Tommy Hilfiger, Thierry Mugler all sold many years ago their brands?)

Spring 2017 will be - as she announced herself on her personal IG- her last act as a creative director for the brand Sonia Kashuk.

Saying goodbye to my role as creative director for the Sonia Kashuk brand...my final collection for Spring 2017. Bright and Bold! Thank-you @WWD
A photo posted by Sonia Kashuk (@beingsonia) on Dec 12, 2016 at 9:13am PST

I wish Sonia Kashuk the best for her future and hope that Target finds another awesome creative director for the brand. What do you think about the news?

UPDATE 2018: Not only did Target buy the cosmetics brand Sonia Kashuk- but they also discontinued her cosmetics (makeup and nail polish), skin care and body care items and they will be only carrying her makeup brushes and makeup bags, see the below tweet! SAD NEWS!!! I don´t understand why they bought the brand and then discontinued most of it? 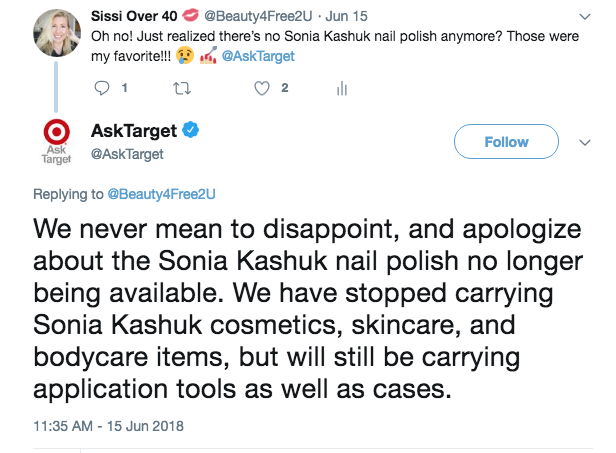