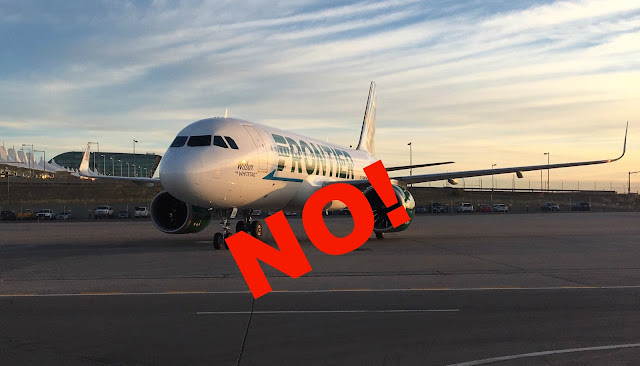 We flew 2 weeks ago with Frontier Airlines from Orlando to Los Angeles (read about our California vacation here) and it was the most horrible flight ever! Since years airlines have been cutting down on the size of the seats and service, but Frontier truly overdid it.

Why was it so horrible?

Frontier seats are the worst possible! 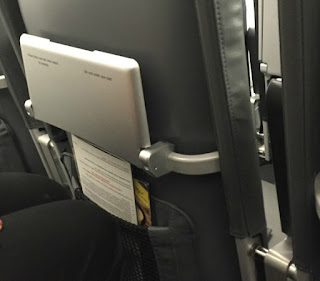 During our 5 hour flight it was only possible to purchase drinks and snacks- no other service provided at all! The only thing they cared about was walking through the isles with trash bags, so they would not have to clean too much after the flight.

Frontier has no entertainment whatsoever- no tv´s, nothing! On a 5 hour flight that is just ridiculous!

Another thing that I noticed with Frontier was very strange as well. I had to check in online, because they charge $60 for your bag if you don´t do it online and only $30 if you do it online. Well, it took me about 20 minutes to figure out, how to check in online without paying a strange fee of $278 (for 3 people). This was a bundle called "the Works" that was automatically added by Frontier and it took me a while to figure out how to remove that option. Wow, for $278 (on top of the flight charges), I would be able to select my seat and add a checked and carry-on bag free of additional charge. So stupid since we only checked in 1 bag for $30. Where exactly should this be a deal, Frontier? I would not be surprised though, if customers pay this extra fee because it is such a hassle to remove the option from the system and it might appeal like a deal if you don´t calculate.

You can also pay extra for better seats that are more comfortable. Well, if I would have known, that we are getting seats that horrible, this would have been for sure something that we should have considered. But nobody warned us, how horrible Frontier seats are!

It seems like Frontier is cheap, but for a reason and then they try to make their money through added hidden fees and other tricks.

OK, I have to admit that the flight with Frontier was super cheap! One way from Orlando to Los Angeles was only $93.10 (including taxes and fees). Crazy! Even Greyhound cost probably more lol. But I think Greyhound would have been more comfortable too! Ha!

BUT: we flew back from Los Angeles to Orlando with Delta for $163.10 (also included taxes and fees) and it was worth it! That is still cheap! I mean, c´mon Frontier! How far can you go?

Honestly, I feel like we got robbed of our human rights with Frontier. Frontier should have a disclaimer on their page if you book with them like 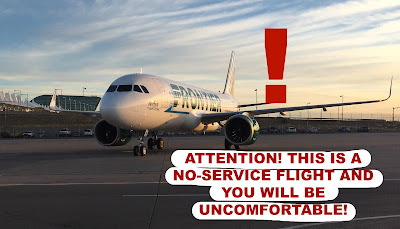 I will admit: if you only have to fly for 2 hours this economy way of flying might be doable. On a 5 hour flight though, this should be illegal.

Thanks Frontier, but no thanks.