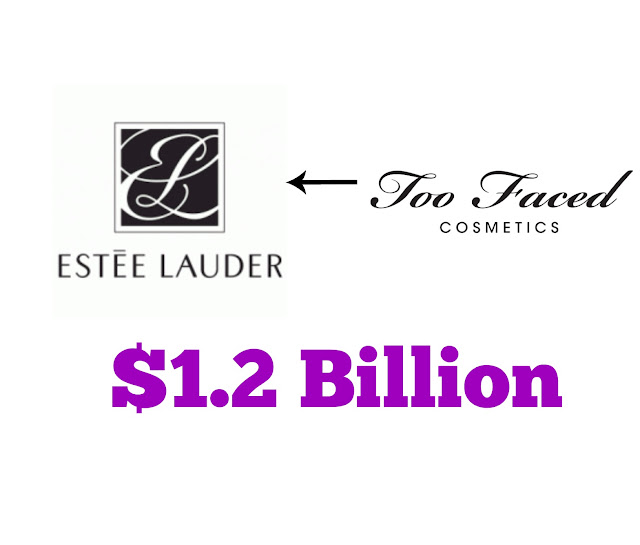 Only a couple days after Estee Lauder announced that they bought BECCA (read more about that here), there is more news: Estee Lauder bought also Too Faced for an whopping sum of $1.2 billion (BECCA was sold for "only" $200 million!).

It is pretty clear to me, that Estee Lauder is trying to appeal more to our younger generation. Estee Lauder itself has more of an "old lady vibe" to me- even though they are trying to renew lately their items and keep it younger and fresher with the packaging and products. Obviously they are aware, how much money the young folks bring in. I believe that these days the generation of 20-30 year olds brings in more cash than the older generation and that is what Estee Lauder also saw.

You know, that I am not happy about this, because Estee Lauder is not cruelty free. We will see if Too Faced will keep their playful image and if they -hopefully- keep their cruelty free stance. Not sure, if Jerrod Blandino will stay either? Ironically enough Jerrod started his career at an Estee Lauder counter! Imagine that: you work at a makeup counter and years later sell your own company to that brand for a billion. Crazy world.