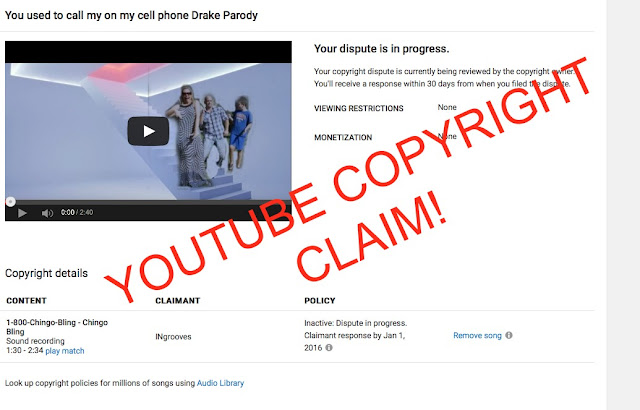 I received a couple of YouTube copyright claims and was able to remove them, so I thought I´d share my insights with you!

Different countries have different rules about when it’s okay to use material without the copyright owner’s permission. For example, in the U.S. , works of commentary, criticism, research, teaching, or news reporting might be considered fair use. Some other countries have a similar idea called fair dealing that may work differently. (Find more info about it here).

In my case I did a couple of parodies. While the law in the U.S. officially allows this there is another problem: YouTube does not want to fight with big record companies. That is why YouTube created a program for big record companies to make them strike us tiny little YouTubers. So you have to understand that these strikes do not come from YouTube themselves but from the company (usually a record company). So YouTube won´t help you at all with the "Fair use claim" (except if you have maybe 100.000 subscribers).

Here is my first video that got copyright strikes on YouTube. It is a parody of Drake´s Hotline Bling.

Ironically I got 2 copyright strikes from 2 different record companies for the same video! Both claimed they own the rights for the song. BUT BOTH actually are not the right owner of the song (which would be Drake´s record company!)! What happened here? 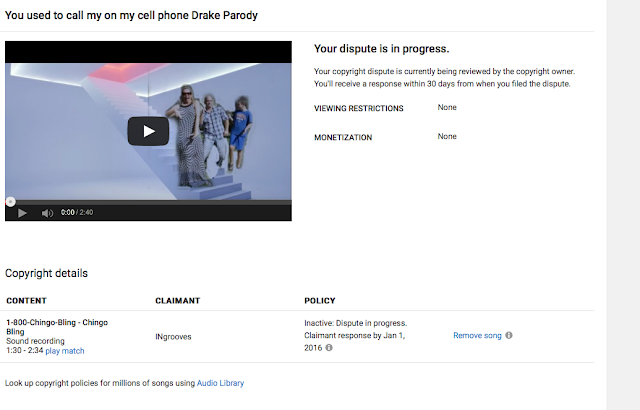 Here is his video. It is ridiculous! Should I be offended? ;-)

2. Strike from Believe Music for the song "Degatoumala- Supa Ced" 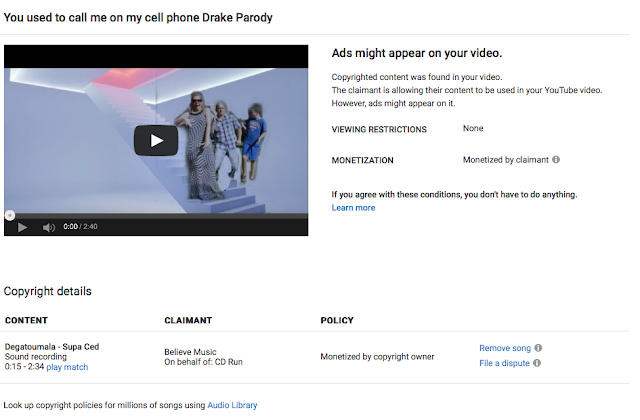 This is the video they are referring to.

OK, what you have to understand is, that no real person sits in front of YouTube and tries to find your video. It is an automated system. They have a software that automatically detects eventual similarities of music. I thought it was really too funny that both record companies striked me for ANOTHER HOTLINE BLING PARODY as well. Both BTW sing in spanish, so I wonder if my accents sounds spanish to their software LMAO!

The other thing that I noticed is, that the record companies have even the option to say: "You can leave your video up, but we will earn your revenue for it" (it shows on the strike as "Monetized by copyright owner". Well, this would make sense IF in fact it would have been the copyright owner- but it wasn´t.

I have this BTW happening on another parody of mine: the Ariana Grande parody. In this case the real record company of Ariana Grande striked me (so I really can´t remove this strike) and here is what they did: they want to share my revenue for the video! 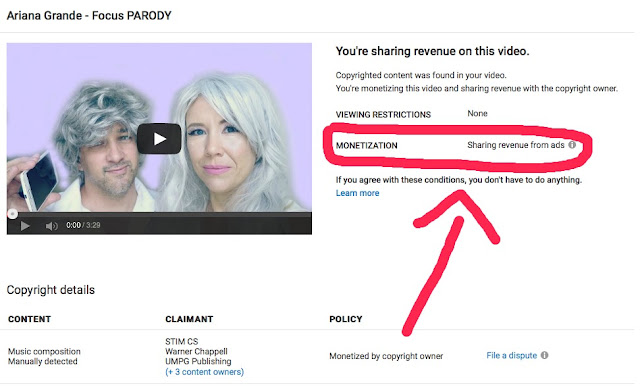 OK! We can do that! LOL! I can share a couple of bucks with Ariana. Sorry, she won´t get rich with this one. He he he!

So, how did I manage to remove both strikes?

Don´t even try to "File a dispute". I tried it. It won´t help you, believe me and here is why: this also is simply an automated system. It will within hours get declined automatically from the software while in fact nobody even cared to read what you might have carefully written down to explain yourself.

So, what is the secret?

It is so simple, you won´t even believe it! In both cases I was simply emailing the record company directly and writing them that this is a parody of Drake´s Hotline Bling and not a parody of their videos! Can you believe it? In both cases I received pretty fast a response and the strikes got removed without a hassle!!! 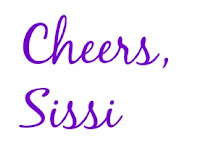